Biological systems are characterized by their robustness and highly parallelized computation. Using microelectrode arrays (MEA)*, we investigate the mechanism of information processing and pathology in neural and cardiac systems and seek potential medical applications.

* MEA recording system: An electrophysiological recording method using microfabricated culture dishes. The electrical activity of cells cultured in the dish is recorded via a built-in microelectrode array placed under the dish. The system allows both long-term monitoring of multisite electrical activity and electrical stimulation of multiple cells. 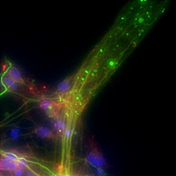 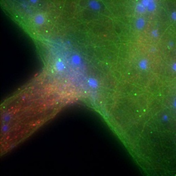 Epilepsy is a serious neurological disease, characterized by repetitive seizures due to hyperexcitation of cortical neurons. Epileptic seizures are known to cause serious symptoms, involving convulsion and unconsciousness. Many anti-epileptic drugs are ineffective for seizures in 30% of patients. This is termed “refractory epilepsy”. Recent clinical studies have shown that vagus nerve stimulation (VNS) is effective in refractory epilepsy. However, since the cellular mechanisms of VNS remain largely unclear, no one can predict or control the effective parameters of VNS for epilepsy treatment. To reveal the cellular and network mechanisms and the optimal stimulation parameters of VNS, we have developed an in vitro model in a microchamber placed on an MEA substrate, involving several regions of the brain crucial to VNS. 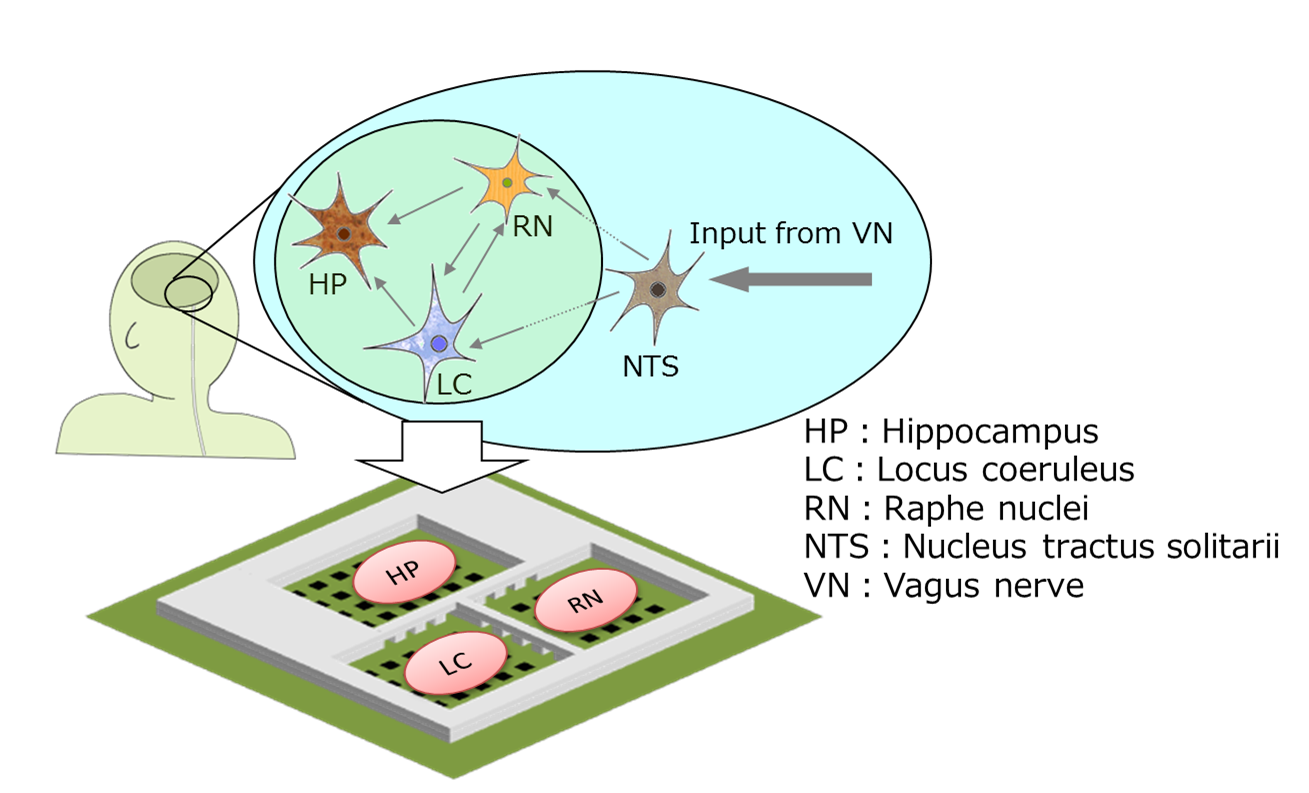 Heart rhythm is regulated by both the electrical conduction system in the heart and the autonomic nervous system (ANS). To investigate the cellular mechanisms of the ANS regulating heartbeat, we have developed a co-culture of sympathetic neurons (a component of ANS) and cardiomyocytes in a microchamber placed on an MEA. Using the co-culture system, we monitor morphologies and electrical activities to study how the sympathetic nervous system modulates heartbeat. We apply the system to study the ANS innervation of cardiac-differentiated stem cells. Our goals are to understand the mechanism of arrhythmia (irregular heartbeat) caused by abnormal ANS activities and to develop a technique for the potential application to stem cell transplantation.

Effects of magnetic stimulation on the nervous system 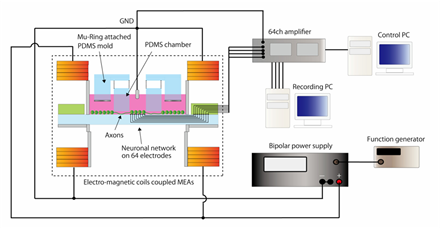 Recent advances in experimental and analytical techniques have revealed the precise organization of biological systems in performing various functions. We develop mathematics for dynamical systems, such as the application of the Floquet theory to delay-induced oscillations, in order to elucidate the underlying mechanisms of complex biological phenomena. 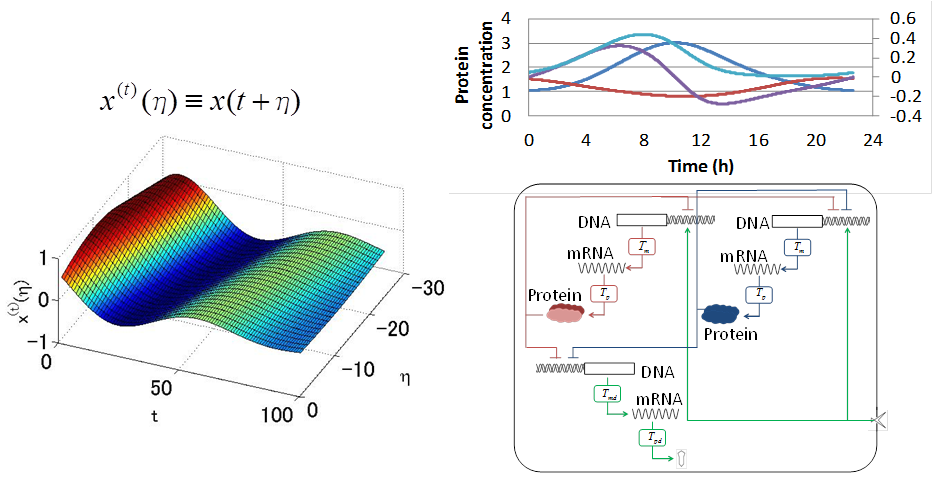 Functional representation of a complex biological system with time delay

Multiscale mathematical model of the brain

It is a tough challenge to understand the functioning of the brain, which is composed of a vast number of neurons. We are, therefore, constructing a multiscale mathematical model of the brain to illustrate experimental results and/or predict the multiscale dynamics from the level of individual neurons to the level of the entire brain.

Non-invasive measurement of the human brain

We employ non-invasive measurements of the human brain, including EEG (electro-encephalogram), NIRS (near infrared spectroscopy), and fMRI (functional magnetic resonance imaging). We then seek to illustrate brain functions, such as working memory, calculation, and attention. In addition, we are working on a new methodology to evaluate the human brain non-invasively. 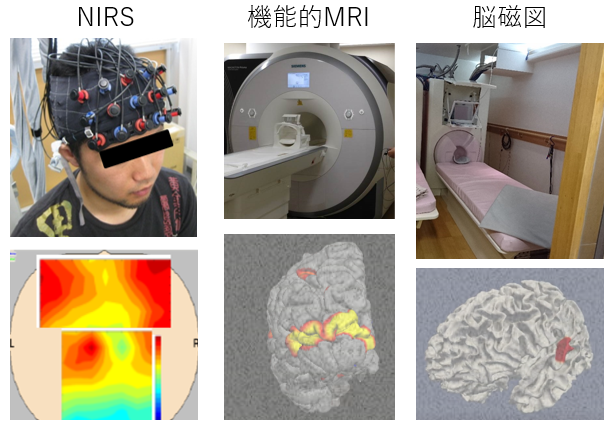 Evaluation of cardiovascular regulation and its application in health care systems

The cardiovascular system constantly delivers blood to the organs in the required amount. Hence, a loss of function may have severe medical consequences, such as heart attacks and cerebrovascular accidents. We propose a robotic system that automatically evaluates vessel elasticity at home to prevent such diseases. We also evaluate how the autonomic nervous system regulates the cardiovascular system, and apply this knowledge in both health care systems and rehabilitation.

Biofeedback systems are a beneficial support to humans in many aspects of life, such as prevention of stress at work, health care, rehabilitation, and relaxation.

We develop biofeedback systems that are governed by real-time signal processing, and apply them to various fields, including workers’ health care, home relaxation support, and a tool for interactive art in which computer graphics reflect the viewers’ vital signs. 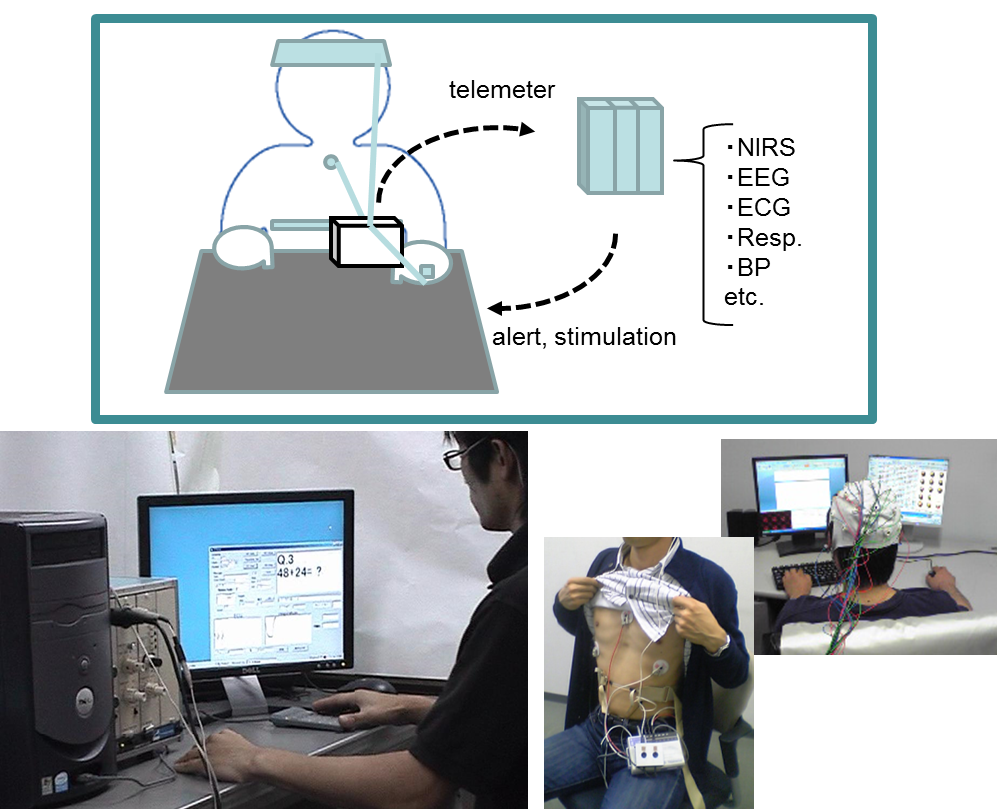